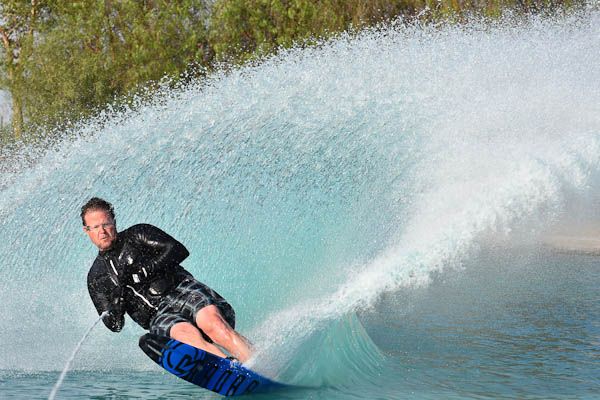 The 2017 Radar Senate Lithium is an easy to ride mid-range ski with all the technical prowess of an elite high end ski. Radar took their top of the line Vapor and widened it two tenths of an inch to make the Senate. The result is a ski with the technical wizardry of the Vapor but even more forgiving and better suited for slower boat speeds.

The Senate is a surprisingly fast ski. In this case “Fast” means that the ski makes speed without a lot of effort by the skier and it also means the the ski carries that speed through the the turn.  The result is more skiing with less muscle fatigue.

The Senate turns very well on both sides, and the off side turns are remarkably fun. The Senate delivers long flowing pre-turns followed by snappy turns without requiring perfect technical skills from the skier. The extra width of this ski just makes everything easier.

For a day on open water or casual buoy chasing, there is no better ski on the market then the Radar Lithium Senate 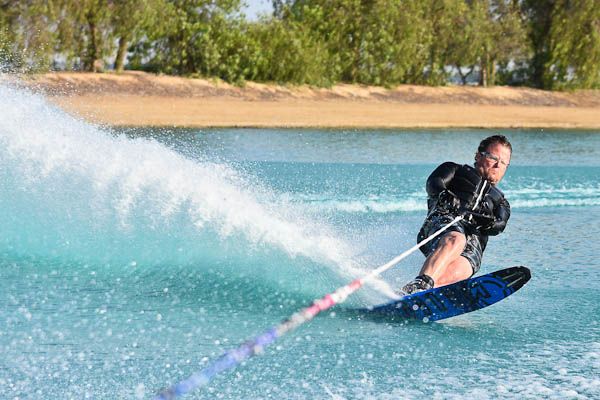 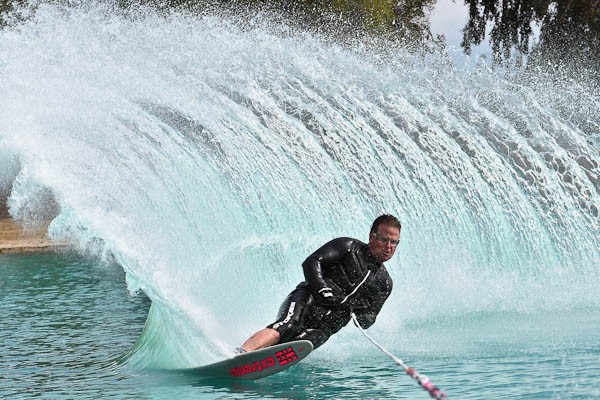 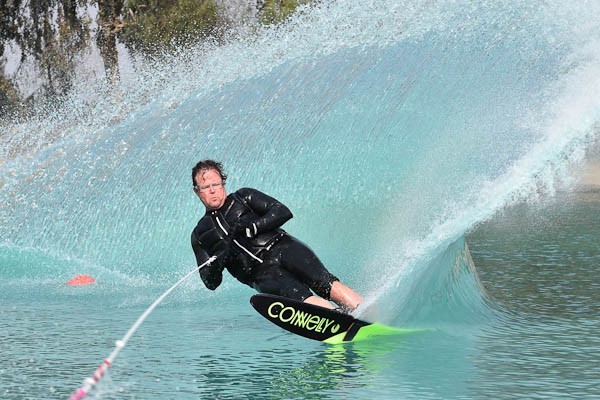 I cannot express how impressed I am with this ski. The trick with skis like this is to not ski them beyond their sweet spot.  In my opinion the Carbon V peaks at 32 off 34 mph.

To get some perspective, after I rode the Carbon V for a few rides, I rode one of my favorite high end skis for a set.

Compared to a high end ski the Carbon V is very stable and forgiving. The skills required to run a perfect pass on the Carbon V are the same as on a high end ski. The difference is forgiveness. The fact is that a ski that I would use to run into 39 off is harder to ride.

The Carbon V turns great on both sides and makes a surprising amount of speed across course. It just might be faster than a high end ski. If I had to complain about something, I would say that I struggled a little to keep the tip down at the end of the turn.  This is partly just my bad habits and the fact that I was taking the ski to the top of its performance envelope. If you watch the below video you will see plenty of dumb mistakes but you will also see that I am early to every ball.

The unexpected difference was the strength required. The high end ski clearly requires much more strength per pass.  I can ski about 25% more passes per day on the Carbon V.

If you are dreaming of 39 off but are still working on 28 off the Carbon V should be a ski that you consider. 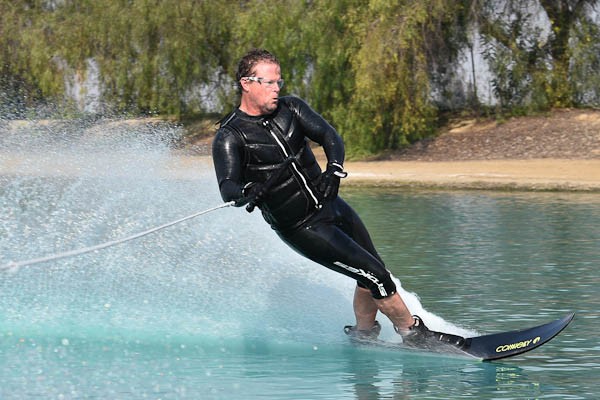 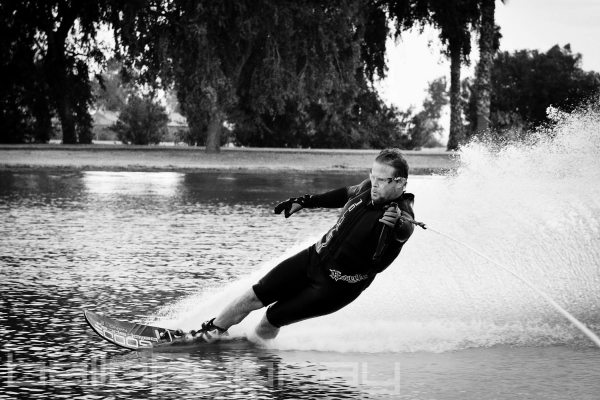 The Goode Nano One XT is already a classic. The XT, along with the original Nano One, have been reissued by Goode because skiers demanded it. Both of the Nano One models are not only hugely successful in terms of skis sold but also in terms of tournaments won.

General Feel: Considering the small size of the ski, you might expect the XT to feel quirky. It is just the opposite. At 180 pounds, I find the 65.25 XT to be extremely stable and predictable.

The ski’s relatively small size means that the skier has the ability to manipulate the ski more than on traditionally sized skis.Perhaps a better way to explain this is that the ski goes where the skier's feet naturally go much more readily than with most other high end skis. The skier has more leverage over the ski. When the rope get short and the skier starts to panic is where this attribute becomes most apparent. The result is that the ski is supremely forgiving when the skier is at their limit.

Toe Side (Off Side) Turn: Off side turns on the XT feel more like a fast pivot than an arc. The front of the ski offers noticeable support before and after the apex of the turn. This gives the skier confidence to move forward approaching the ball and provides stability exiting the turn.

Heel Side (On Side) Turn: On side turns on the XT are nearly foolproof. The skier can approach onside in any number of ways and exit the ball with angle. As with the off side turns, the on side turn is fast and sharp. If a skier is in trouble, he or she can throw caution to the wind and make up a lot of ground on this side. 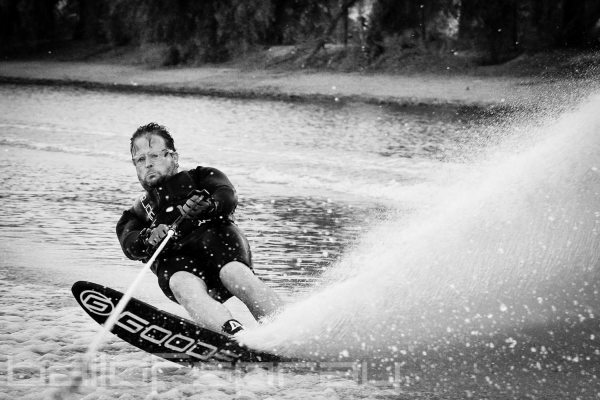 From Ball to Second Wake: The XT holds substantial angle from the ball to the second wake. While many other high end skis will punish skiers for adding too much load between the ball and the wakes, the XT will allow the skier to push hard if needed.

One of the perceived negatives of this ski is that it requires more strength from the ball to the wakes than many other high end skis. The XT makes plenty of speed but the skier has to work for it. This is partly do to how fast the ski turns. More arcing turns will put less load on the skier and sharper turns will require a more strength.

From Second Wake to Ball: Typically skis that require more strength also require the skier to have superior technical skills to get wide at the ball. The XT does not fit this stereotype. The ski easily makes space and width on both side of the course even with less than perfect skier technique. This is yet another example of the ski’s extremely forgiving performance attributes. 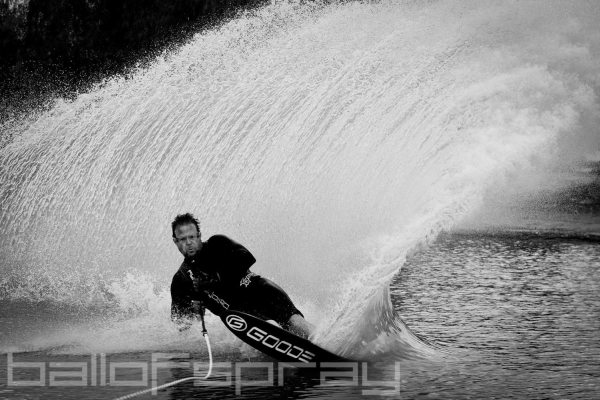 Quirk: The XT is more setting and water temperature sensitive than most high end skis on the market. At the beginning of the test period the test ski was set exactly to stock and worked extremely well. As the water cooled off by 10 -15 degrees the performance of the ski dropped off noticeably and the fin had to be adjusted.

Conclusion:
This ski was especially hard to review. Because the XT is unusually forgiving it was challenging to define what the ski does and does not do. I owe thanks to a number of skiers who took my calls last month and talked to me about what I was feeling.

I increased my all time tournament BP by one ball on my third ride on the XT. Clearly, I am a fan of the XT.